One of the key flourishing industries in the world, India’s toy market is currently valued at $500 million out of a booming $90 billion global market. Statistics reveal that 80% of Indian toys are Chinese imports, while non-branded Chinese toys account for 90% of India’s market. Even though exports by the toy manufacturing industry from India amounted to $130 million during 2019-2020 with the USA and UK [1]being the lead exporters, the disparity and unutilized potential do not escape one’s attention.

As the second-most populated country in the world with almost 26% of its population below 15 years old, India has one of the largest consumer bases in the world. In fact, when the global average for demand growth is 4.6% [2]it is forecasted to have a growth of 13.3% CAGR [3]within 2026 i.e. almost thrice the global average. Adding on to this the toy industry of the country is also expected to reach $3.3 billion dollars by 2024!

India’s economic growth has also increased the disposable income of its citizens, thus driving up demand in a market with a whopping consumer base of roughly 338 million. Moreover, there has been a major shift from traditional, medium- to low-end battery-operated toys, towards innovative electronic toys, intelligent toys as well as upmarket plush toys.[4] The boom of e-commerce in India has also had a role to play, with customers turning to shop for toys within the comfort of their own homes.

Associations and Committees Representing the Toy Industries in India:

Apart from the general compliances which amount to over 700 ranging from the Companies Act, SEBI Act, FEMA Act to Income Tax and Foreign Trade Act for factories and MSME’s, regulations were required to be specifically made to ensure that the toy industries are safeguarded from unfair and excessive exploitation as well as products meet the international quality requirements.

According to a study, about 67% of toys sold in India had failed all safety and standard tests, while about 30 per cent of plastic toys failed to meet the safety standards of admissible levels of heavy metals and phthalates. Phthalates are a group of chemicals.

A lack of regulation in the past had resulted in degradation of the quality of our products and failed endeavours to keep up with the international standards. However, this is no longer the case as the government has not only strengthened the existing key factors but has also set up new compliances to steer clear of the past policy miscalculations and lapses. The said compliances are as follows:

Issued by the DPIIT, Ministry of Commerce and Industry, vide order 25 February 2020, the safety of toys has been brought under compulsory BIS certification, which is granted after the successful assessment of the manufacturing infrastructure, production process, quality control, and testing capabilities. The toys shall bear the standard mark under a licence from BIS as per Scheme-I of Schedule II, of BIS (Conformity Assessment Regulations), 2018. The said QCO was initially slated to come into effect from 1st September 2020 but was later extended to 1 January 2021[6].

For the purpose of BIS certification, toys have been classified into the following two categories. While applying for a licence, the manufacturer can apply under any one of the classifications:

If a licence is required for more than one type of toy (i.e., non-electric and electric), separate applications shall be made for each type. (However, samples shall be tested by BIS for conformity to the primary standard and the secondary standards which are applicable i.e., IS 9873 parts 1,2,3,4,7, and 9 etc.)[1]

While applying for a license the manufacturers must also specify the type of toy in order to choose the applicable standard it would be subjected to. The specifications of toys and their corresponding standards are as follows: 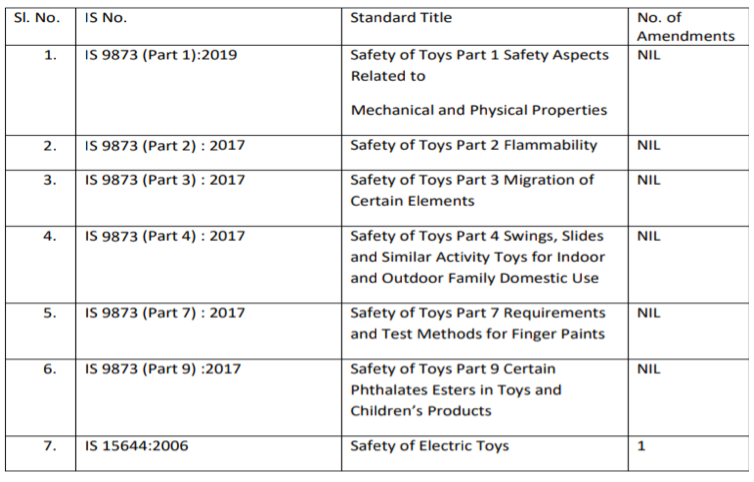 Schemes Floated for the Toy Manufacturing Industry in India

Along with the set of existing and new compliances, the government has also introduced various schemes and incentives with the aim of promoting the industry.

Approximately four thousand[2] enterprises in India, engaged in toy manufacturing fall under the category of micro and small-scale sectors. The MSMEs in the toy manufacturing sector is an unorganized sector, accounting for a whopping 60% of the national market share. These MSME’s are spread all across the country with a large chunk operating in the Northern and Western regions.

The Indian toy market is 70% larger thanks to the existence of MSMEs and the support they received from our government. In pursuance of the same, the government has amended the classification of MSMEs in the Aatmanirbhar Bharat Abhiyan to ensure that they receive the aid and recognition required to keep up with the changing times. The amended classification is as follows:

With the advent of Aatmanirbhar Bharat Abhiyan various schemes have been introduced to promote MSMEs:

Enrolling in this scheme will help the micro, small and medium enterprises to use energy-efficient technologies (EETs) in manufacturing units to diminish the expense of production and adopt a clean development mechanism. The scheme guarantees to cover up to 75% of the expenditure.[1]

Enrolling in this scheme is advantageous when it comes to addressing complaints of business owners. Additionally, the owners may also check the status of their complaints and file an appeal if they are not satisfied with the result.

Under this scheme, new technology is provided to the business owners to replace their old and obsolete technology. A capital subsidy is given to the business to upgrade and have better means to do their business. These small, micro and medium enterprises can directly approach the banks for these subsidies. The ceiling on subsidy would be Rs. 15 lakh or 15 per cent of the investment in eligible plant and machinery, whichever is lower[3]

•       Scheme of Fund for Regeneration of Traditional Industries:

The government aims at establishing a total of 35 toy clusters in various states under this scheme. Once set up, these will boost the manufacturing of toys made of wood, lilac, palm leaves, bamboo and fabric. This scheme offers incentives such as skill development, capacity building, e-commerce assistance to local industries.

The programme aims to establish dedicated SEZ’s and customize them into self-sustaining ecosystems catering to export markets.

Incentives Provided to the Toy Manufacturing Industry in India

The Centre and State governments have implemented various incentives to promote the toy industry.

A. For Toy Manufacturing Entities

The import duty on toys was raised from 20% to 60% [4]making it difficult for foreign companies to compete in our market as well as making Indian companies’ entry into the market easier.

This allows any traditionally made toys by artisans registered with Development Commissioner (Handicrafts) to be exempted from the quality compliances newly introduced.

Central Board of Indirect Taxes and Customs (CBIC) has launched a new scheme expected to play a critical role in promoting investments in India and in enhancing the ease of doing business. According to this, the unit can import goods (both inputs and capital goods) under a customs duty deferment program.[6]

Enables the import of capital goods (toys/ spare parts thereof) in the pre-production, production and post-production stage without the payment of customs duty.

This will increase the expenditure incurred for foreign companies to sell products in India and thus help relax the competition for Indian manufacturers. An example of how these steps have been implemented and made into a reality is the Product-Specific Industrial Cluster Development Program. An initiative taken up by the Karnataka government in partnership with Aequs Infra, is a first-of-its-kind project aimed at promoting toy industries by dedicating 400 acres of self-sustained ecosystem including an SEZ to serve export markets and Domestic Tariff Area (DTA) through state-of-the-art industrial infrastructure and facilities. It has the potential to create 40,000 jobs in five years and attract over INR 5,000 crore in investments. [8]The toy cluster aims to capitalize on the presence of key elements essential for the sector’s growth like manpower, R&D and raw material.  It is also in a strategic position to cater to 50% of the domestic toy market needs, and has an efficient connectivity network with access to highways, ports, airports, and major cities.[9] This program was touted as a one-stop-shop solution catering to the needs of both large MNCs and small and medium enterprises.

The scheme was introduced to rebate duty chargeable on any imported materials or excisable materials used in the manufacture or processing of goods, manufactured in India and exported.

Apart from extending financial aid as discussed above, the government initiatives for MSME’s are largely based on undertaking initiatives to promote homegrown toy manufacturers and boost domestic demand for indigenous and locally produced toys. Some of these initiatives are:

The programme will make the assembly of toys cheaper than imports, offering benefits similar to the PMP for mobile phones introduced back in 2015. The government has offered tax reliefs and differential tariffs among other incentives for components and accessories to push local manufacturing.

In a bid to promote traditional toys, the government has chalked out a plan to create toy labs – a national toy fair for innovative Indian themed toys. The Atal Tinkering Lab is one such toy lab to provide support for physical toys promoting learning and innovation. Additionally, due to literacy programmes like Sarv Siksha Abhiyan and the new education policy, toys nurturing innovation and creativity are in focus.

The education ministry has been asked to include indigenous toys as a part of learning resource, under the new education policy. The IIT’s are set to be roped in to look into the technological aspect of toys, while the NIFT’s shall study the concept of toys and national values, by using non-hazardous materials. The Ministry of Science and Technology has been directed to explore how India’s indigenous games can be featured in the digital space. While the Ministry of culture will work on ‘Indian Toy Museum’.

The toy industry is one sector that contains a lot of untapped potentials. The compulsory BIS certification as per the Toys (Quality Control) Order, 2020, will ensure that the quality of toys is at par with international standards along with the strengthening of existing conditions of the market. These are significant steps in the right direction to ensure that the domestic markets pick up once the pandemic wanes. The domestic production and sales could catch up with exports and thus make sure that the future of this sector will not be as grim as in the past and will light up, once again.

The toy manufacturing industry is one sector that contains a lot of untapped potentials. The compulsory BIS certification as per the Toys (Quality Control) Order, 2020, will ensure that the quality of toys is at par with international standards along with the strengthening of existing conditions of the market. 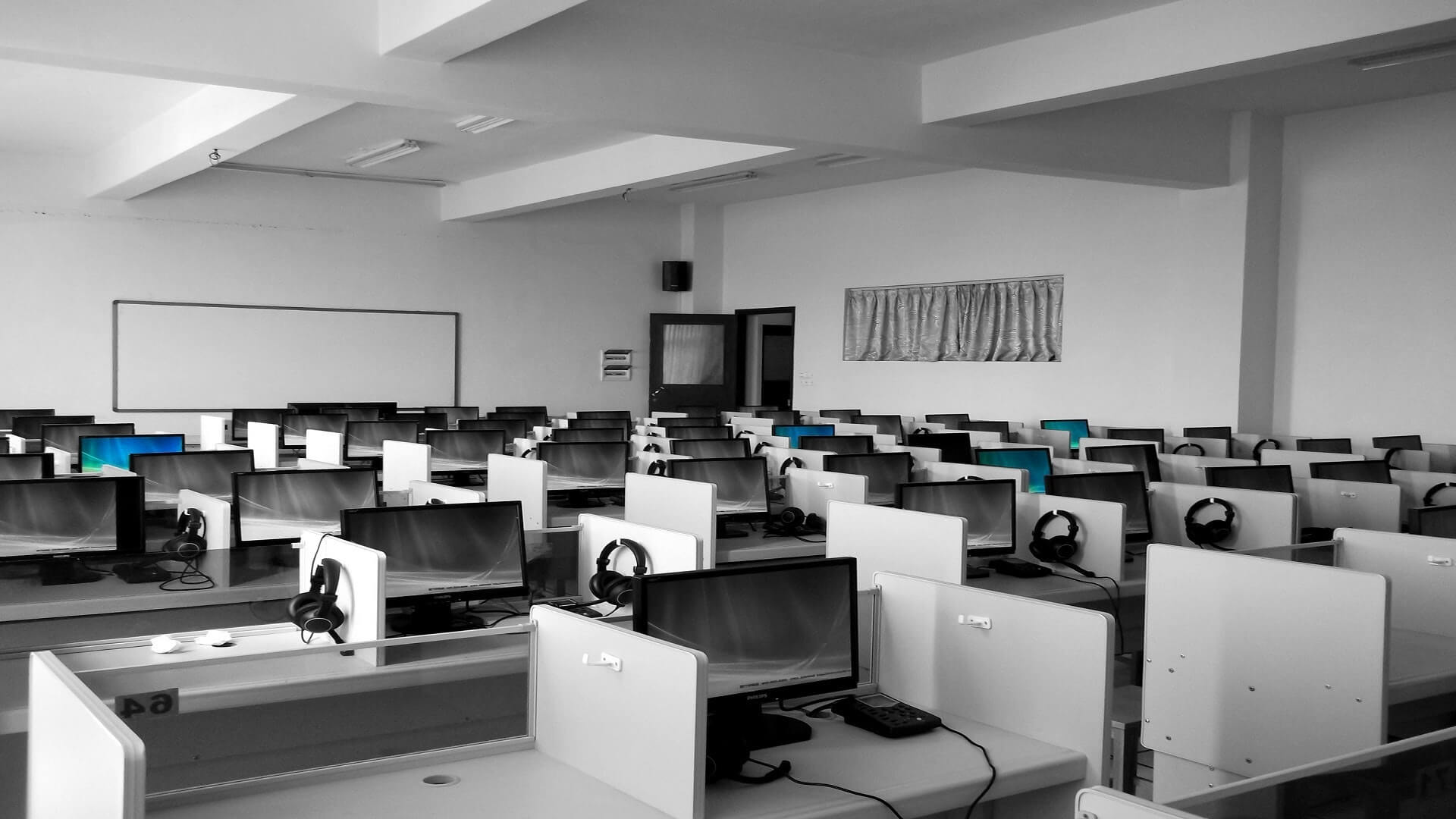 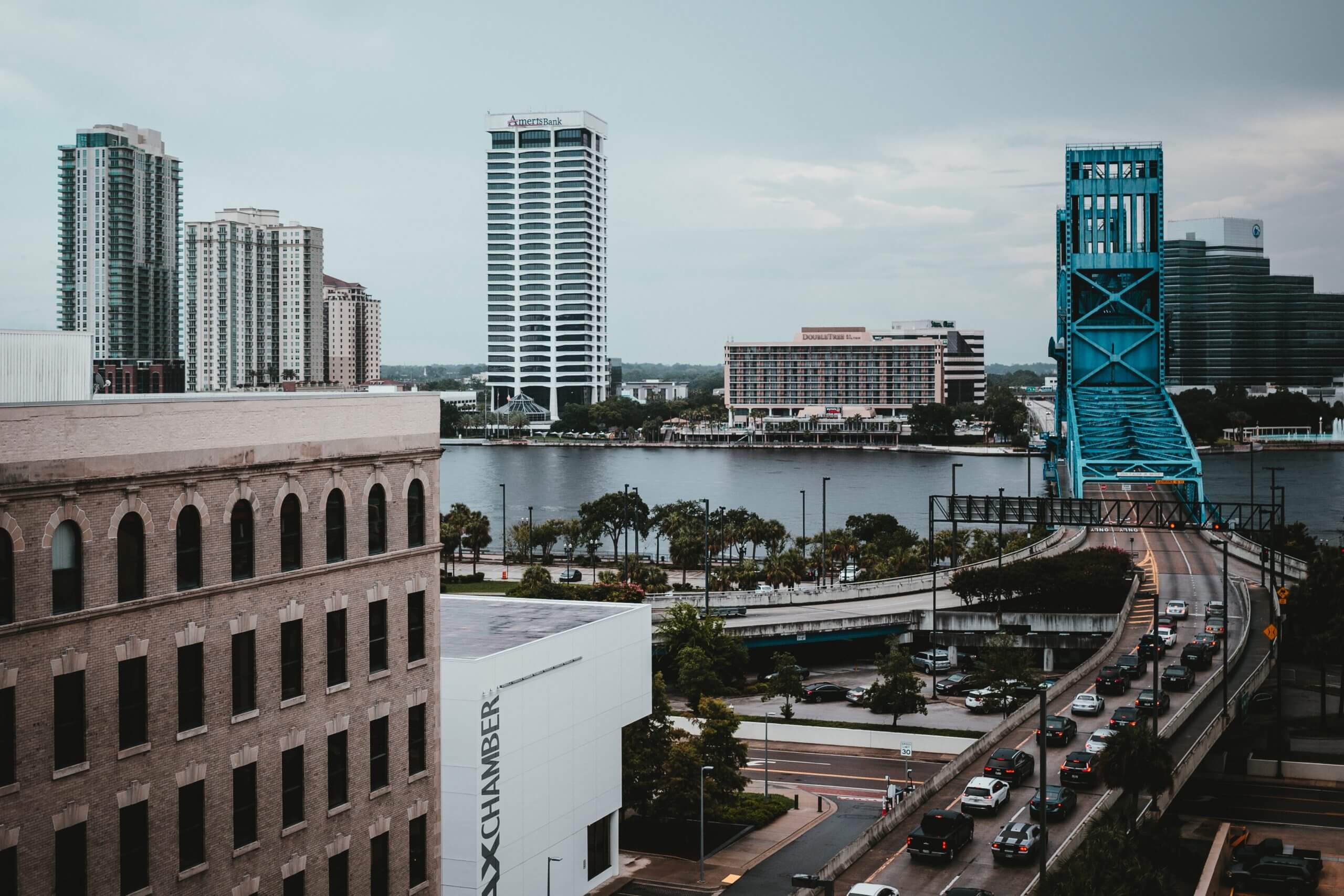 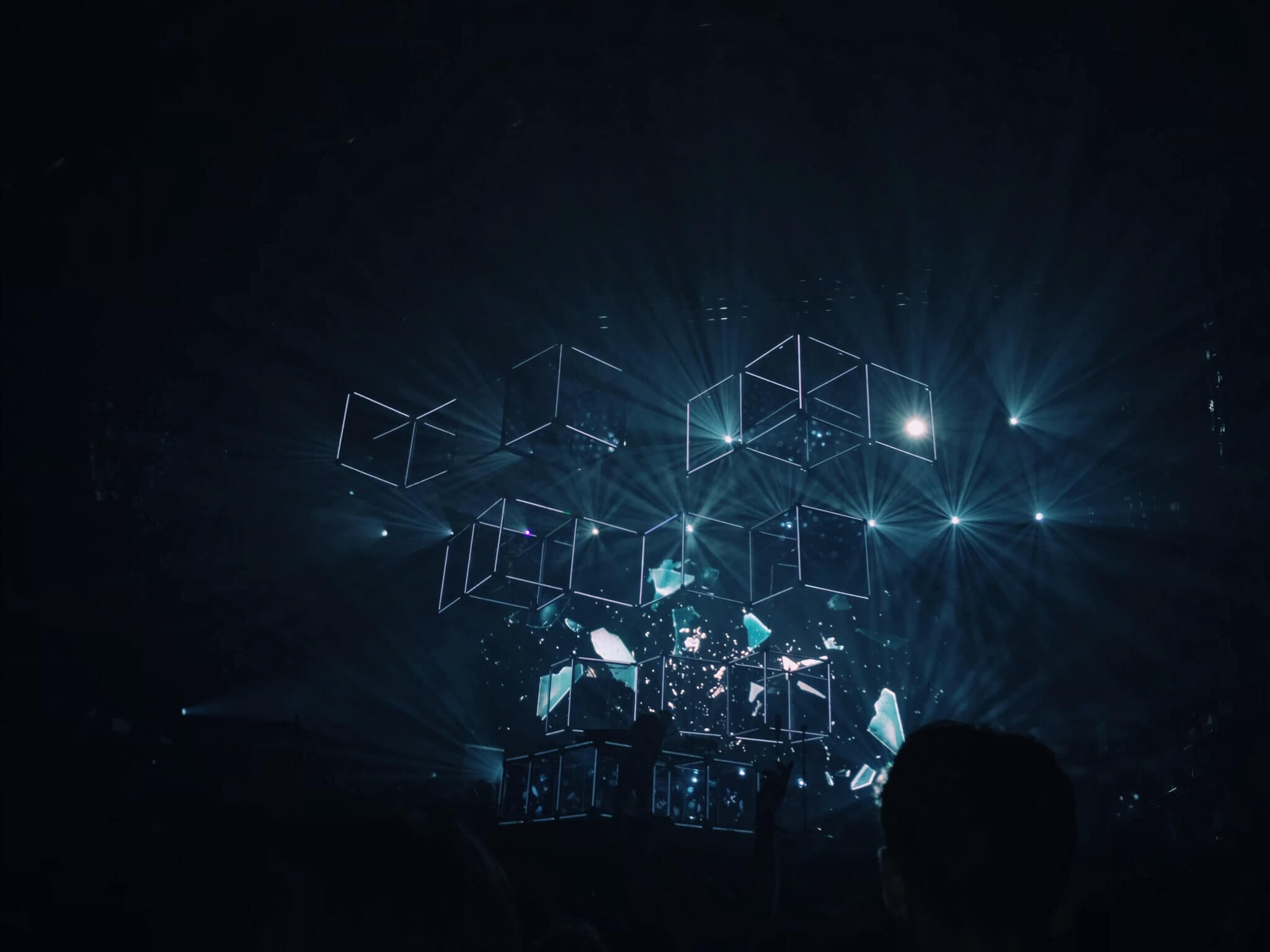 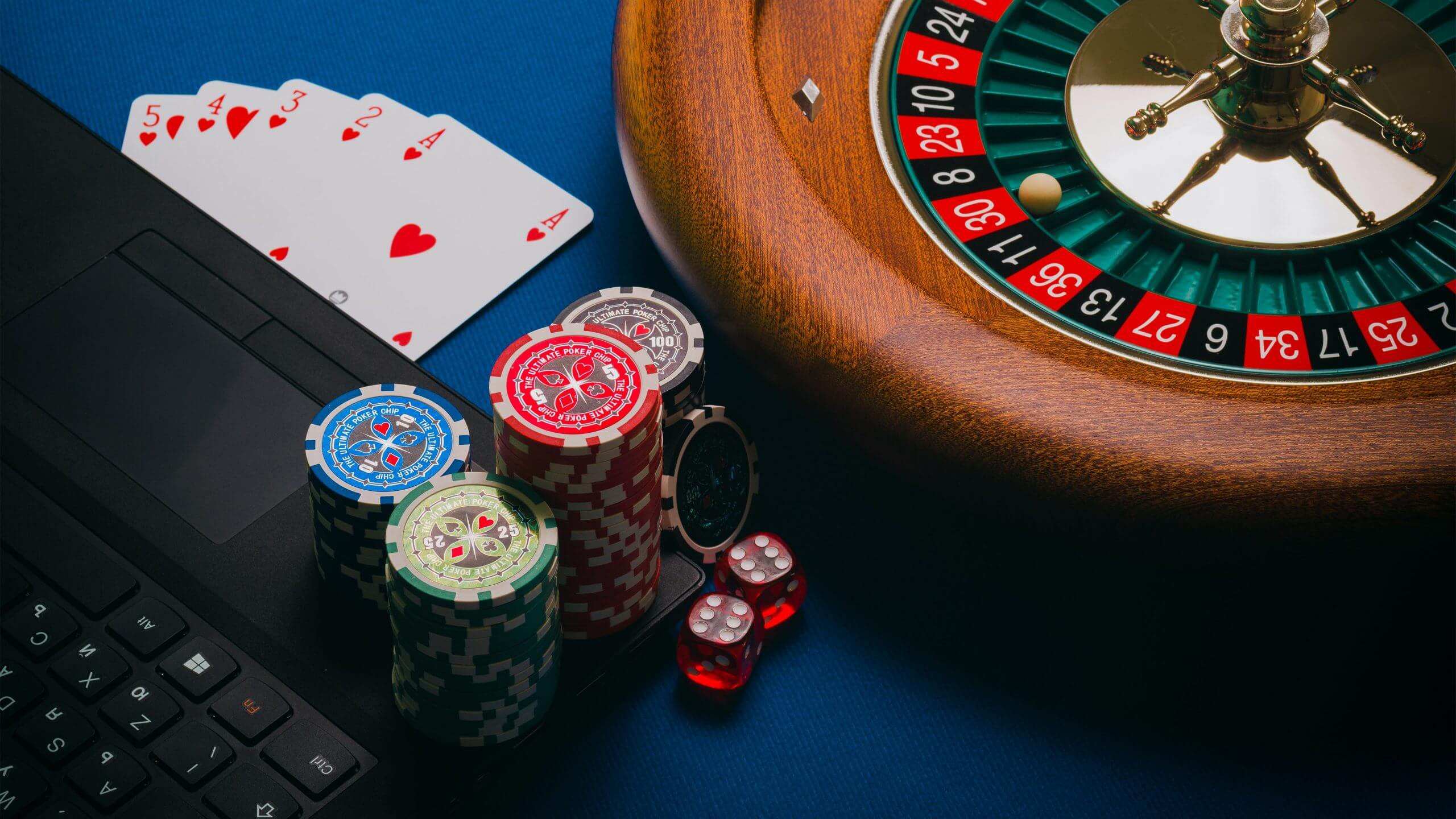