Arbitration in Intellectual Property Disputes in India – A fable or reality?

Reconciliation of the rights pertaining to the creation of mind through a creature of contract remains an unsolved conundrum in India.

In the wake of commercialization, when the Indian legal system is tenaciously shifting its focus from adjudication to alternate dispute resolution, arbitration has become a trend-setter in effectively resolving various kinds of commercial disputes. Arbitration is preferred in commercial disputes because it ensures neutrality, confidentiality, timeliness, and expertise while granting an award. The rise in arbitration proceedings, therefore, necessitates the conclusive determination of a range of issues that continue to be incessant in this field. One of the pressing issues while executing an arbitration clause in a contract is – whether an IPR dispute arising from a commercial agreement arbitrable? Delving deeper into the Indian scenario, it is evident that this issue remains an unsolved conundrum. Different benches in different High Courts have adopted a diversity of observations, contradictory to each other, forming a motion of debate as follows:

Arbitrability of IPR Disputes arising from a commercial contract:

“I do not think the world of domestic and international commerce is prepared for the apocalyptic legal thermonuclear devastation that will follow an acceptance of the plaintiff’s submission that no action under the Trade Marks Act or the Copyright Act can ever be referred to arbitration.”

The above was stated recently in ‘Eros International Media vs. Telemax Links’ (2016), where the Bombay High Court while dealing with the issue of arbitrability of a dispute under Section 8 of the Arbitration and Conciliation Act 1996 (henceforth referred to as “the Act”) in a suit for copyright infringement, held that the disputes in contractual nature would always be an exercise of a right in personam owing to the fact that the defied parties would seek particular reliefs against each other and hence, be referred to settlement by arbitration.

The facts of the Eros Case surrounded the grant of a license by the Petitioner for copyright distribution of its films. The Respondent had violated an express prohibition clause of the license which barred the exercise of distribution rights upon termination of the agreement. Similarly, in ‘Deepak Thorat vs. Vidli Restaurant Limited’ (2017), the Bombay High Court reiterated the holdings of the Eros Case.

Earlier, the Delhi High Court in ‘Ministry of Sound International vs. M/s Indus Renaissance Partners’ (2009) had observed that IP-related disputes born out of a contract could be referred to arbitration, provided that there was no blanket ban on conducting arbitration of such issues.

On the other hand, the Bombay High Court in the case of ‘Steel Authority of India Limited (SAIL) vs. SKS Ispat and Power Limited’ (2016) has held a different view while dealing with an application of notice of motion filed by Defendants under Section 8 of the Act against the damages and permanent injunction claimed by the Plaintiff for infringement of their registered trademarks. The application under Section 8 was made relying upon the clauses of the arbitration agreement governing the matter. However, the Bombay High Court dismissed the notice of motion on the ground that the infringement as well as passing off of a trademark as meted out in the suit, were a violation of rights in rem and therefore, not maintainable to be referred for arbitration.

Further, in ‘Munidipharma AG vs. Wockhardt Ltd.’ (1990), the matter before the Delhi High Court was related to civil remedies for copyright infringement under Chapter XII of the Copyright Act, 1957. The Court had held that every such suit or other proceedings under Chapter XII related to a ground of copyright infringement or other rights in connection with it would only be maintainable and amenable before the district court of competent jurisdiction.

No Definitive Verdict by the Apex Court

A quick glimpse at Supreme Court verdicts on this subject well establishes the fact that we are still waiting for an authoritative determination by the Apex Court on the arbitrability of IP disputes arising from a contract. The only relevant judgment is the case of ‘Booz Allen Hamilton vs. SBI Home Finance Ltd.’ (2011) where on the one hand the Apex Court ruled out the arbitrable nature of rights in rem; on the other hand, the disputes involving rights in personam borne out of rights in rem were observed as arbitrable. The case addressed the right in rem versus the right in personam debate but did not determine the contractual aspect of the rights. Similarly, in ‘A Ayyasamy v. A Paramasivam’ (2016) while determining the arbitrability of fraud, the Court blatantly listed the IP disputes as arbitrable as a whole, without analyzing its contractual and non-contractual aspects. It should be noted that these cases basically dealt with statutory claims that had statutory remedies granted exclusively by civil courts. Therefore, they cannot be cited as authorities for IPR related contractual disputes.

A keen observation upon the nature of IPR disputes and their adjudication portrays the divergence of allied rights as rights in rem which are to be adjudicated by the prescribed statutory body and rights in personam which are exercised and executed between private parties in a commercial contract. Hence, once an IP infringement is identified to be sourced from a commercial contract, for an arbitrator to exercise its jurisdiction over such claim of infringement, the existence of a breach of contractual covenants by the parties involved should be proved. This is because commercial contracts are consciously entered into by the private parties to decide their rights and obligations and amicably settle the disputes before a private forum.

It is pertinent to emphasize that sometimes in a contract involving IP ownership; we may anticipate a wide range of disputes directly or indirectly akin to IP ownership or license. Under such circumstances, it would always be open to the arbitral tribunal to determine the issue of arbitrability based on whether a particular IP dispute is directly arising from the breach of contract. For example, when a contract pertains to the enforcement of IPR, the disputes aiming to the validity of registration of IPR shall not be arbitrable. Therefore, the formula of ‘one field one law’ to ascertain the arbitrability of IPR allied disputes cannot be applicable to each case with varied facts and issues. Unlike India, in the periphery of International Commercial Arbitration, jurisdictions like the USA, Switzerland, Hong Kong, France, and institutions like WIPO have taken a progressive step towards the growth of IPR arbitrations by framing customized rules to administer the arbitration of IPR disputes. Therefore, in order to bury this conundrum in perpetuity and fall in line with the International framework, India needs to formulate a special rule or issue a conclusive verdict on the matter.

A keen observation upon the nature of IPR disputes and their adjudication portrays the divergence of allied rights as rights in rem which are to be adjudicated by the prescribed statutory body and rights in personam which are exercised and executed between private parties in a commercial contract. Hence, once an IP infringement is identified to be sourced from a commercial contract, for an arbitrator to exercise its jurisdiction over such claim of infringement, the existence of a breach of contractual covenants by the parties involved should be proved. 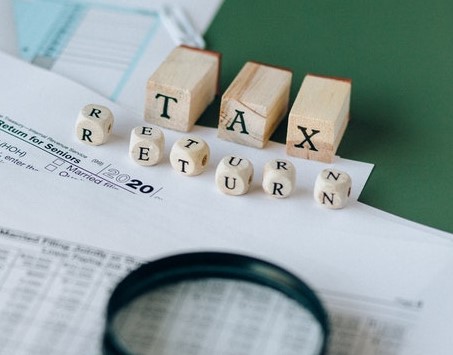