The law of Trademark Protection was developed to grant exclusive proprietary right to Trademark owners, the monopoly of the Trademark owners over their trademarks and safeguard the collective goodwill. In a nutshell, Trademark Protection originated to restrain the sale of counterfeit products under an existing reputed brand name, but what happens when the same owners who are protected go above and beyond their legal capacity to protect their mark? The exact term for such an act is “Trademark bullying”.
Off late it has become a persistent problem with big companies, whereby they try to strong-arm small enterprises for business gains. Proprietors having high stakes go out of their way to protect their marks, even though the target entities do not use marks that are remotely similar to theirs. When a proprietor becomes an aggressive protector of his Trademark, lines between actual infringement and absurd contestations blur. To understand whether the same is bullying or an actual trademark infringement we will have to understand what constitutes bullying and the subtle difference between infringement and trademark bullying.

Definition of Trademark Bullying
The United States Patent and Trademark Office (USPTO) has defined trademark bullying as “the act where the trademark owner that uses its trademark rights to harass and intimidate another business beyond what the law might be reasonably interpreted to allow.”1 The practice of a proprietor being overprotective of their mark and enforcing trademark rights beyond the required limit and scope of trademark law is called Trademark Bullying. 2 For instance when a powerful company or a big MNC like Amazon or Apple, that has immense funds, files a suit against local or smaller companies for infringement. Legal proceedings have a humongous cost attached to them and cannot be afforded by everyone. A small company that does not have adequate finances to fight a legal battle tends to budge under the influence of these powerful companies and give up on using their mark along with the products and services used under the mark, which they are legally entitled to. However, these threats are more than often groundless and baseless.

The course of action for entities that suspect infringement should be to verify whether the rival mark is actually similar to the proprietors’ mark. The next step would be to understand the trade circle, the market area and the similarity in the goods and services and further understand whether there is actual infringement or dilution. Similarly, one needs to determine whether there is a likelihood of confusion that might arise when a man with average intelligence looks at the rival marks. After the conclusion of the said due diligence, the proprietors would be in a position to understand whether they need to proceed with a legal action.

Modus Operandi of Bullying and the Effect on Small Entities Big companies have been observed to follow a similar pattern when they try to eradicate their competition out of the markets. They send out a common cease and desist notice which contains threats in legal language alleging trademark infringement and dilution. They also mention that they have been successful in prosecuting other enterprises using similar trademarks and then initiate either opposition proceedings or rectification proceedings against the small enterprise.3

In Monster v. Vermonster, the manufacturer of a renowned energy drink “MONSTER”, Hansen Beverage Co., sent a cease-and-desist notice to Rock Art Brewery for using “Vermonster” to market its brewed beer. Rock Act Brewery was a small company that sold its beer in a few states in the United States of America. Hansen asserted a likelihood of confusion over the term Vermonster for beer and Monster for an energy drink.

Even though the marks were completely dissimilar and unique in their own way, Rock Art was asked to comply with the notice, however, the proprietors of Rock Art stood against the bullying and issued a public statement and started advertising as well as marketing their product. They also took to social media which persuaded Hansen to back down and come to a settlement.4

After this particular case the U.S. Commerce department in coordination with the USPTO came up with a report which addressed the wrongful harassment of small entities by big companies.5

In Apple v. Prepear, Apple being a leading producer and seller of electronic products tried to manipulate a small entity – Prepear, a recipe sharing application, into letting go of their mark. At the outset, the logo of Prepear and Apple are pretty distinctive with Prepear having a drawing of a pear outlined in green against a white background and leaf facing downward and the logo of Apple being a half-eaten apple with the leaf facing upward. Further, the goods and services provided were also dissimilar.

Prepear took to social media to fight against the bullying and shared how Apple had managed to do the same with other entities who has created a fruit logo. Prepear also stated that they had to let go of various employees because they could not afford their pay alongside defending the costly suit. Although this case has not been decided yet, it is clear that both the logos are dissimilar, and the goods and service offered are also distinctive therefore there should be no cause of confusion for any man with average intelligence. Nonetheless, the factors that are to be taken into consideration while deciding whether there is a plausible infringement or bullying are fairly obvious.

Indian Jurisdiction
Indian legislators had forethought the possibility of such misuse and provided a viable resolution under section 142 of the Trademark’s Act, 1999 which outlines the law against groundless legal threat.

The provision states that when a person through circulars, advertisement, or otherwise threatens another person with an action or proceeding for infringement of a registered or alleged to be registered trademark, the aggrieved person may bring a suit against such person and obtain a declaration to the extent that such threats are unjustified.

The available legal remedy for such threats is that an injunction may be issued in favour of the aggrieved party to restrain the other person from the continuance of such threats and also to recover damages. This remedy is available for only those whose trademarks are registered.

One of the first case that may be identified as bullying in India is Milmet Oftho Industries and Ors v. Allergan Inc [(2004)12 SCC 624], wherein the Indian Pharmaceutical company Allergan sold a drug named ‘Ocuflux’. The Appellant, an international pharmaceutical company sold a drug with a similar name in different countries and therefore sought a passing off suit against Allergan. The Supreme Court held that “if multinational companies do not have any intention of coming to India or introducing their products in India, they should not be allowed to throttle Indian Companies if the Indian Company has been genuinely using their mark in India and developed the product and was the first in the market”.

Another notable case is Jones Investment Co v. Vishnupriya Hosiery Mills [2015-4-L.W.30], where the Appellant was an American company which had been using the trademark ‘Jones New York’ internationally for manufacturing and producing clothing, hosiery and footwear. The respondent on the other hand was a small textile firm based in Erode, a city in Tamil Nadu. The Respondent had filed an application for their mark ‘Jones’ in relation to the textile products, which was opposed by the Appellant and the Registrar of Trademark had dismissed the same which gave rise to an Appeal.

The Appellants contended that they had transborder reputation and that the respondents did not have enough sales of their products and therefore, would not be able to compete with the Appellant. However, the IPAB took a similar stand which was taken by the Supreme Court in the previous cited case and stated that “a multinational company cannot claim infringement of trademark by a local Indian company purely based on international presence, unless they can expressly establish that their presence extends to India or precedes that of the Indian company.”

In a similar case of Bata India Limited Vs Vitaflex Mauch GmbH (CS(OS) No. 1112/2006), wherein the plaintiff instituted a case against the defendant for restraining them from making baseless groundless threats of legal proceeding. The main question that the court had to deal with was whether the legal notice sent by the defendant amounted to a legal threat and if the plaintiff was entitled to injunction and damages. The Delhi High Court held that the legal notice amounted to threat and the same was unjustifiable, therefore, the defendants were ordered to restrain themselves from issuing any further baseless threats.

The recent spat between BigBasket and DailyBasket is the latest example of prevalence of Trademark Bullying in India. BigBasket slapped DailyBasket with a cease-and-desist notice directing DailyBasket to (1) Stop business operation under the trademark “Daily Basket” and the domain name dailybasket.com ,and transfer the same to Big Basket; (2) discontinue the mobile application; (3) discontinue use of similar domain or trademark with the term “Basket” as a dominant feature of the domain name or the trademark; and lastly, (4) Pay INR 2,00,000.00/- as legal fees. This would be a fit case of bad faith enforcement, since the term “Basket” can be easily regarded as a term common to trade, and hence any proprietor in the trade of consumer goods is free to use it.

Although India had already made a provision for such threats, the act does not clarify what amounts to groundless and baseless threat. However, the above judgments decided by the Court and IPAB are clear on a few elements including whether the marks are actually similar and cause confusion, whether the international companies have an intention to bring their product into the country, first to use over first to file, etc. which have been taken into consideration when assuming if the same is to be considered as bullying or infringement. The Indian judiciary has not second guessed in slamming MNC’s and other powerful companies when it was clear that the local businesses were being wrongly and illegally affected by the infructuous cease and desist notice being sent to them.

The Road Ahead
Every legal notice of cease-and-desist would not amount to trademark bullying. The dynamics of each case are different, making the court re-think every scenario and look-out for the issue of trademark bullying or to check whether the plaintiff is seeking an injunction to avoid the actual consequence of an infringement. The primary purpose of the provision under the trademark act was to make sure that small entities and local businesses do not lose out on what they are legally entitled to own. However, there are ways in which the issue could be further curbed i.e. by providing resources to small entities including legal aid camps, creating awareness, law firms taking initiative and handling more pro bono cases etc. Small entities off late have sought some respite by resorting to social media wherein their plight is understood by a community of like-minded people who support through backlash at bigger companies which harms their reputation and goodwill gained over the years. While the laws in US on standard of proof for claims of trademark dilution shows a way to restrain trademark bullying on superficial claims of famous and well-known trademarks, the laws in India are still not clear on how far a litigant may go on such unfounded claims before being termed as a bully.
This article tries to explain what constitutes bullying and the subtle difference between infringement and trademark bullying. 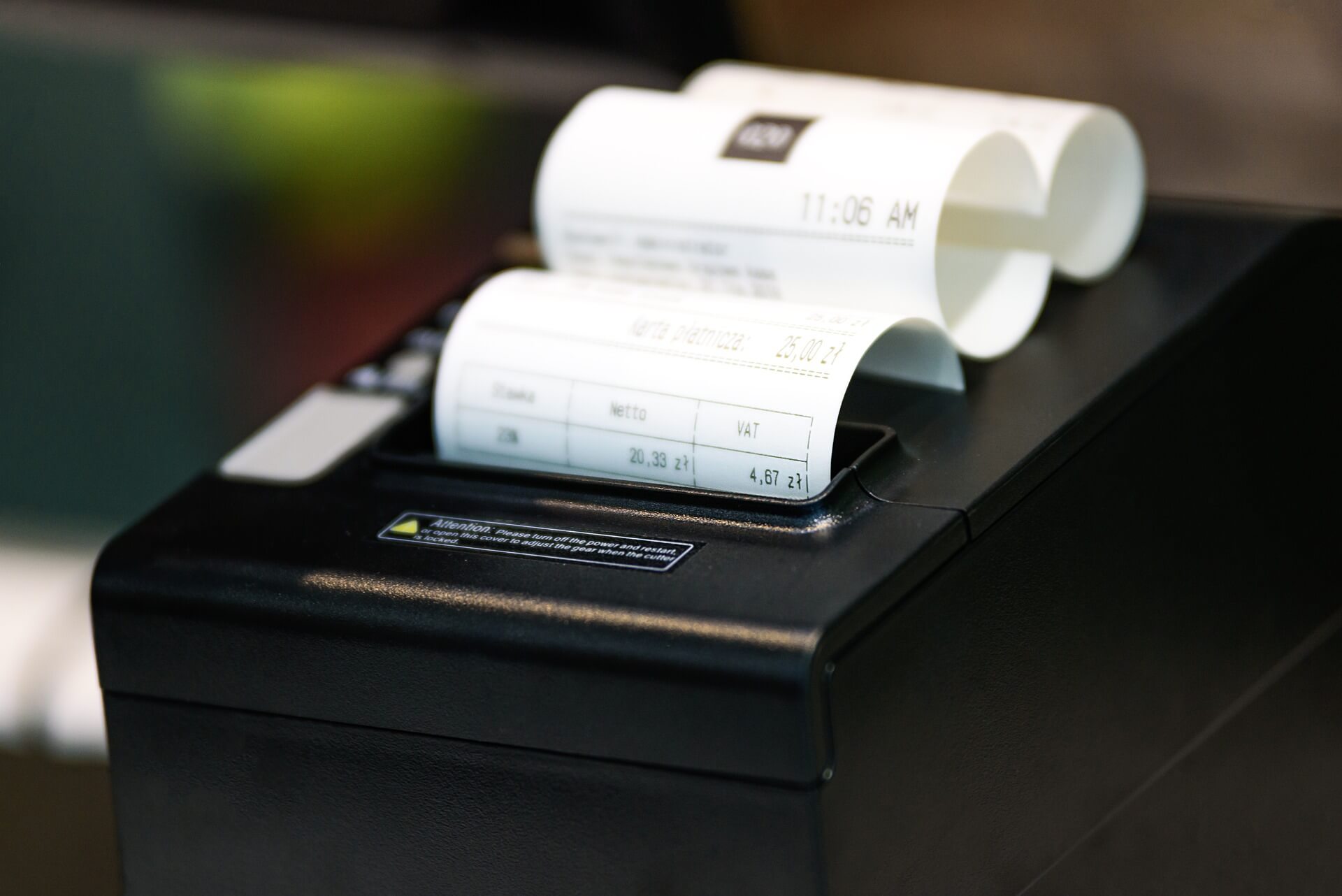 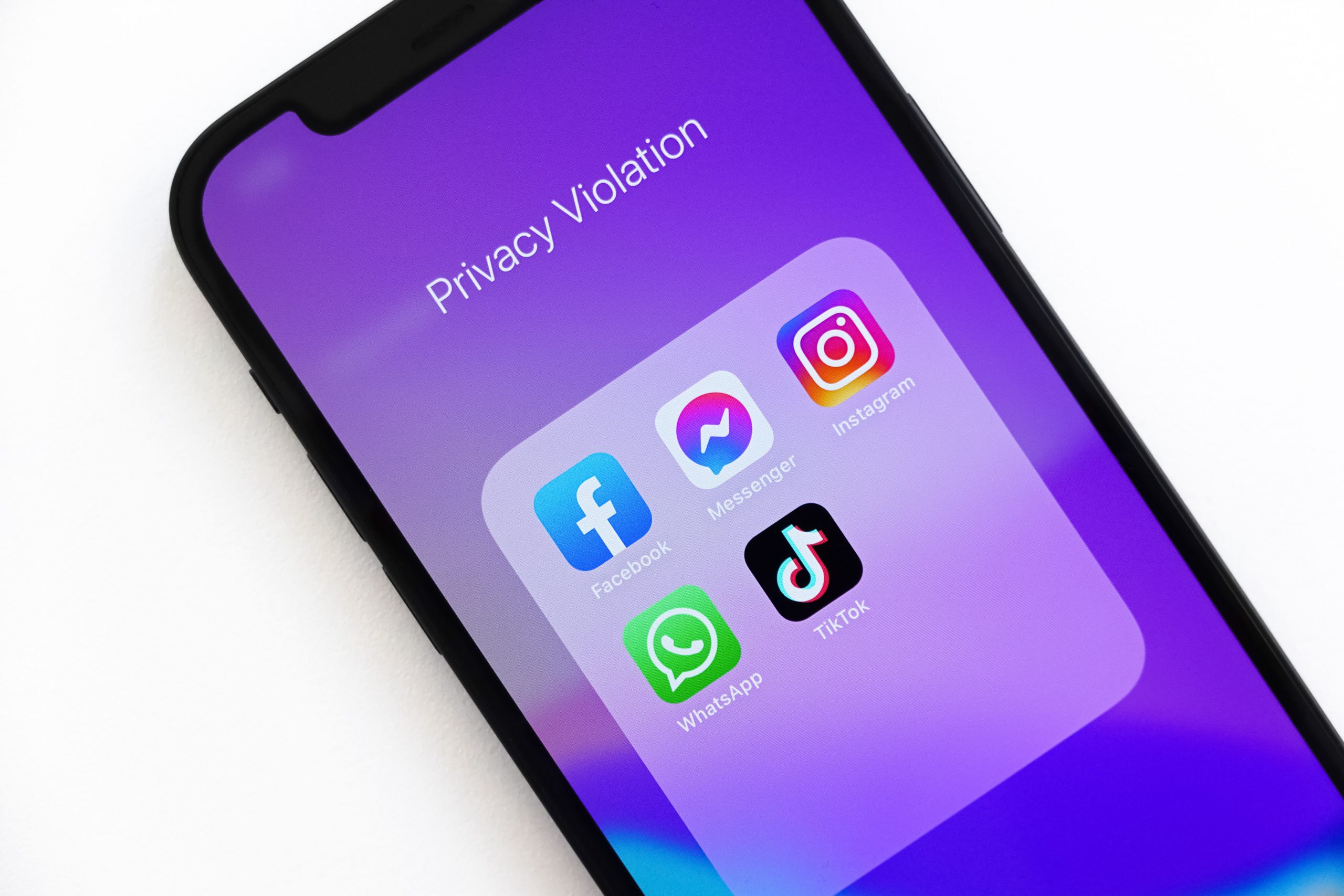 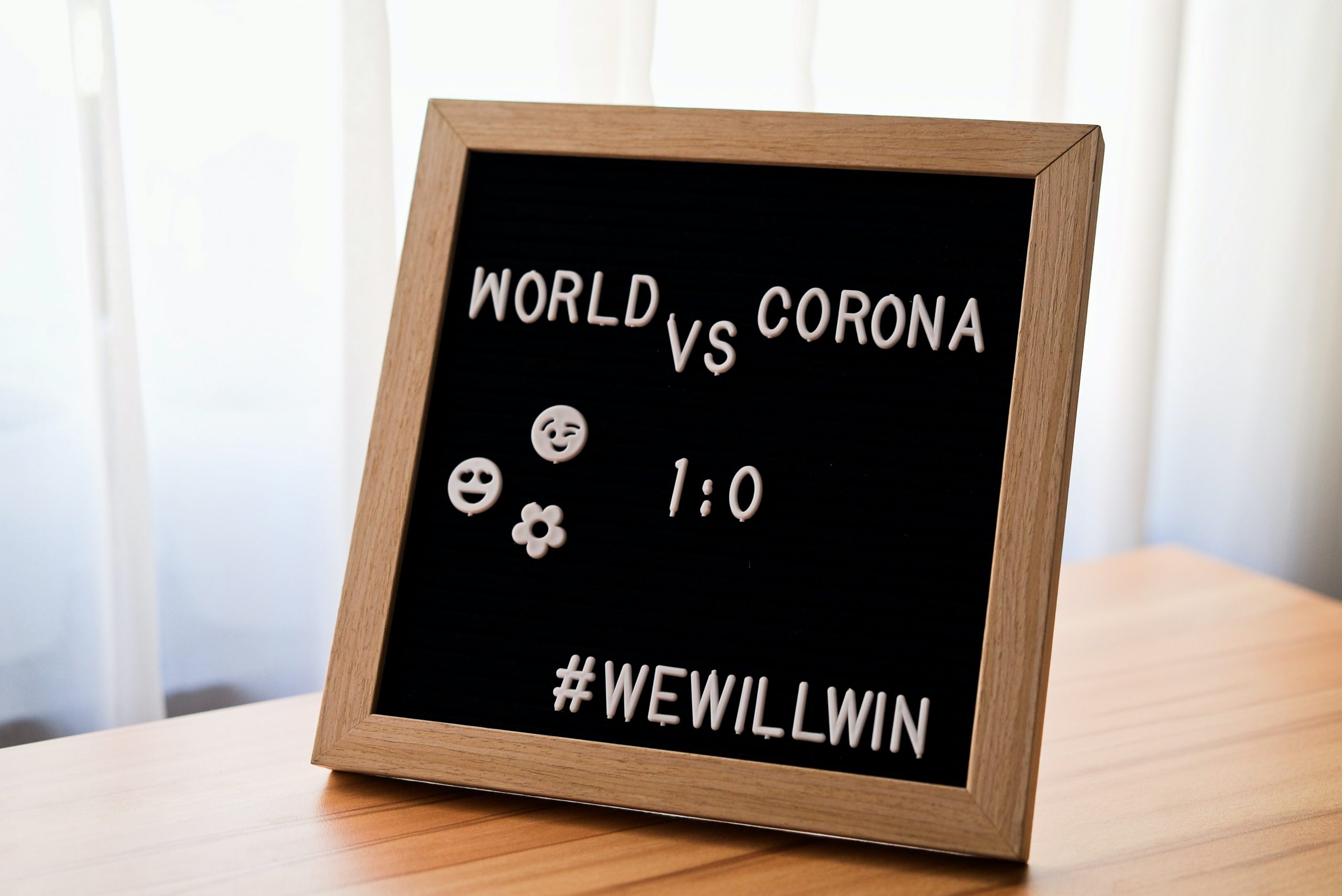