Entrepreneurship is the Key to Power India's Growth

One of India’s “unicorns” Zomato recently closed its IPO. Another one, Paytm is scheduled to hit the capital markets soon. Both companies operate in very different segments, but in less than a decade, have altered and shaped many people’s lifestyles in an increasingly digital world. It can be argued that demonetization and the pandemic contributed significantly to the rapid growth of both these ventures, but this blog is not about cataclysmic events triggering business growth. It is about the increasingly important role that entrepreneurs and their ventures will play in the development and growth of India in the years ahead. For years, India’s young talent has been at the forefront of innovation- but what has changed in the last decade or so is that many of these innovators are also turning savvy entrepreneurs.

Potential Scale of Entrepreneurship in India

Also, many of these new ventures are looking to solve a variety of problems in healthcare, education, supply chain, agriculture etc. using “tech”. The potential scale of some of these ventures is simply staggering, even on a global scale. For example, a recent study suggests that in the SaaS space alone, there are more than 1000 companies in India, of which 10 are already “unicorns”. The study further estimates that in the next ten years, India’s SaaS companies can capture 4-6% of the global SaaS market alone, accounting for annual revenues of over US$60 Billion. This represents a value creation of over US$0.5 Trillion, powered by more than 0.5 Million jobs.

Over the last 18 months, entrepreneurs have painfully realized that it’s no longer business as usual. As a result of the lockdowns and continuing restrictions, an estimated 15-20% of India’s startups shut down. But the silver lining is that many entrepreneurs have shown resilience and the smarts to reinvent themselves. The “revenue at any cost” mindset, that was dominant amongst entrepreneurs in many sectors, has changed. Ventures have pivoted; there is now greater focus on unit economics.  Digitalization has enabled changes to offerings and go-to-market strategies, including the emergence of new channels. Many startups are fueling Direct-to-Consumer sales, which is seen as a new channel for B2C businesses.

On the demand side too, changes in consumer behaviour are evident. Whether it’s banking, food, insurance, education, healthcare, retail, fitness or entertainment, an increasing segment of buyers are becoming comfortable with digital transactions- not just for payment, but also in terms of looking at catalogues or menus and making choices. Many ventures are now focusing on the MSME sector, which too has been hugely impacted by the pandemic. Digital solutions for payroll, HR, payments, book-keeping etc. are all becoming popular. All this is enabled by growing smartphone penetration and improved internet access even outside large cities and towns across India.

Koo, a credible home-grown alternative to Twitter is growing rapidly- not just in India but also overseas. The ban on TikTok last year has spawned many Indian apps for creating short videos. Even in governance initiatives implemented by the central and state governments, a shift to digital technologies is visible, aimed at increasing convenience, easy access and higher service levels on the one hand, while on the other, reducing costs for the provider.

The opening of partnerships between government organizations such as DRDO and ISRO with private enterprises has already seen some sterling outcomes in the context of space and satellite technologies, Covid treatment, disaster management and national defence. All this will only gather momentum in the years ahead- provided an enabling, empowering and nurturing environment is created and sustained. Such an ecosystem must comprise all key stakeholders- the government, regulators, lenders and investors, business advisors, lawyers etc.

To be sure, not all ventures are high-tech- or need to be. Many people who lost their jobs due to the COVID 19 pandemic too have turned into entrepreneurs, launching small ventures in different sectors. Besides being testaments to the indomitable spirits of these people, these ventures represent new avenues for livelihood and employment generation- both critical aspects of India’s socio-economic development. In some cases, employees from the IT sector have taken up scientific farming or started working with artisans to preserve dying craftsmanship and skills while creating a market for traditional products. A rising number of fresh graduates are also turning entrepreneurs instead of taking up regular jobs, because of a slowdown in hiring.

Dr. Devi Shetty has for long been saying that we need a large cadre of trained medical technicians and nurses who can reduce the pressure on our healthcare system by being able to take care of basic tasks like recording blood pressure, taking ECGs, vaccinating citizens etc. The current crisis may well represent the trigger needed to bring in such capacity-building programs through new private ventures. The education and skill development sectors too must align themselves to ensure that these ventures get access to skilled human resources- not just in “high tech” fields like robotics, 5G or AI, but also in areas like education and healthcare, where there will be a growing emphasis on using technology.

Many ventures will operate in areas that are entirely new, for example, the use of drone technology to deliver drugs and vaccines to remote areas. Unless there are adequate regulatory and legal safeguards in place, and these are updated periodically to reflect the deployment of new technologies or emergence of new use cases, the ventures will not get the necessary tailwinds. Not only will this dampen entrepreneurial spirits, but it will also deprive India of the opportunity to fully harness the benefits of advanced technologies and the innovative agility of startups.

As a nation, we have to ensure that there is an appropriately supportive and enabling financial, legal and human resource ecosystem both during the early-stages of ventures to provide them with seed/growth capital and thereafter, to scale within India and globally. If we can get this fine balance right, India surely stands on the threshold of an exciting new future, where societal transformation will be efficiently powered by the innovative, out-of-the-box thinking and nimbleness of execution that our entrepreneurs have the capacity for.

As a nation, we have to ensure that there is an appropriately supportive and enabling financial, legal and human resource ecosystem both during the early-stages of ventures to provide them with seed/growth capital and thereafter, to scale within India and globally. 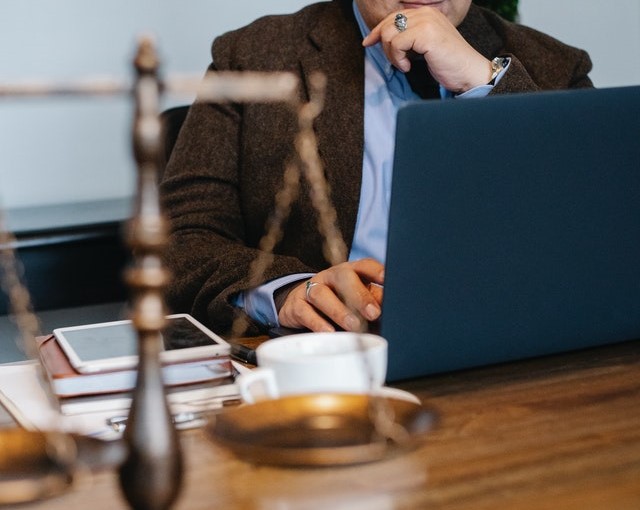 Squaring the Snags of Online Hearings