Drones have been buzzing to become the next significant tech-fascination. Owing to their sleek build, agile mobility and ability to access areas of topography beyond the reach of humans; they are increasingly relevant in today’s innovation and utility-driven technology trends. However, as with any pioneering design, the value of drones largely depends upon the intention of their use. For instance, they can be employed to perform illegal or destructive activities by terrorist groups as was evident from the June drone attack at the Indian Airforce Station in Jammu.[1] Additionally, they can easily malfunction and cause unintended harm to human life or the environment.

In view of their heightened demand and novelty, governing their usage and ownership became imperative and consequently, in March 2021, the Ministry of Civil Aviation published the Unmanned Aircraft System (UAS) Rules, 2021. However, the UAS rules were perceived as restrictive and complex. Based on the feedback from various stakeholders the UAS Rules, 2021 were repealed and the new Drone Rules, 2021 were notified under the Aircraft Act, 1934;  their scope excluded the actions done or omitted before the enforcement of these rules. Here are a few pertinent questions that we have tried to answer in light of the new rules:

Do I need a drone pilot license for flying drones in India?

One would require a remote pilot license to fly a drone in India unless exempted. The exceptions include the operation of nano drones and the non-commercial operation of micro-drones (i.e., drones weighing between 250 grams and 2kg).

Additionally, no remote pilot license is required for drones operated for testing purposes within the premises of a research and development entity / educational entity under the Central government, drone manufacturer with a GST, Start-up recognized by the DPIIT, or an authorized testing entity when operated within the green zone.

Are there any restrictions on flying drones at night or over people in India?

The current regulations are silent on the timing at which drones can be flown. However, as night-time flying of drones will have additional safety implications and may require drones to be fitted with other mandatory safety features such as anti-collision lighting, we will have to wait for further clarification/notifications from the Ministry in this regard.

Is there a last date for registering my drone in India?

As per the Drone Rules 2021, a person owning an unmanned aircraft system manufactured in India or imported into India on or before the 30th day of November 2021 must make an application to register the drone and obtain a UIN by 31st December 2021. But, as per the Digital sky platform, the last date to obtain a Drone Acknowledgment Number (“DAN”) for an unlisted drone is 30th November 2021. Therefore, there seems to be a conflict between the dates specified on the website and the new drone rules. Also, as per the digital sky platform and the press release by the ministry of civil aviation one must have a DAN, a GST-paid invoice and must be part of the list of DGCA-approved drones to enlist an existing drone.

Do I need permission to fly toy drone in India?

Under the guidelines to enlist an existing drone, it clearly specifies that all unmanned aircraft needs to be enlisted and it has been clarified that this includes models, prototypes, toys, RC aircraft, autonomous and remotely piloted aircraft systems, etc. [2] From these guidelines on the enlistment of drones it can be inferred that unmanned aircraft also includes toys. Thus, toy drone manufacturers/operators would need to obtain the compulsory permissions under the rules.

A remote pilot license is not required to operate nano drones and micro drones (i.e., drones weighing between 250 grams and 2kg) used for non-commercial purposes.  Type certification is not required for nano drones and model remotely piloted aircraft systems (i.e., drones used for educational, research, testing, design, and recreational purposes weighing below 25 kgs and operated within the visual line of sight). All drones need to obtain a UIN except drones used for testing purposes within the green zone and premises of the testing entity.

Hence, toy drones would require a UIN and, may require a remote pilot license and type certification depending on the size and nature of the drone. It would also need to be ensured that the drone is being flown in the green zone and that there are no notifications/restriction on the digital sky platform for drone operation in the intended area of operation.

Are there any restrictions on flying drones remotely over the internet?

Other than the type certification and the remote pilot license, all drones need to obtain a UIN. They should not carry dangerous goods or arms, ammunitions etc. unless permitted by the concerned authority. They have to fly within the permitted zones and not violate the right of way of a manned aircraft.

The current regulations are silent on the operation of drones Beyond Visual line of sight (BVLOS). However, it is observed that entities are still availing conditional exemption for BVLOS operation from the Ministry.

What are the customs regulations for entering India with a drone?

Under the Drone rules, import of Drones is to be regulated by the Directorate General of Foreign Trade (DGFT) or any other authorised entity. The DGFT has not released any specific import policy on drones after the release of the rules. Under the existing Import Policy by the DGFT, import of Unmanned Aircraft System is “Restricted” and requires prior clearance of the Directorate General of Civil Aviation (DGCA) and import license from DGFT.  Nano drones (i.e., drones weighing up to 250 grams) and operating below 50ft/ 15 meters above ground level are exempted from the requirement of an import clearance from the DGCA or import license from the DGFT.[3]

Further, the Import Policy by the DGFT refers to the Guidelines issued by the Directorate General of Civil Aviation. These guidelines mandate that anyone wishing to import must obtain Equipment type approval from the Wireless Planning and Co-ordination Wing, Department of Telecommunication for operating in de-licensed frequency bands. [4]  An application has to be made for a Unique Identification Number (UIN) post the necessary approvals are obtained to operate a drone in India.

The current rules prohibit the carriage of arms, ammunitions munitions of war, implements of war, explosives and military stores, etc. unless permitted by Central Government. It also regulates the carriage of dangerous goods as per the Carriage of Dangerous Goods Rules, 2003. Other than the above, the current regulations are silent on the aspect of permitted payloads.

When it comes to drones, unlike aeroplanes that generally take-off from an airport, there are no specific ports from which drones are flown. The new rules mention the development of policy framework for developing corridors for safe and seamless transfer of goods by drones. As goods on a drone could have potential dangers such as accidental drops during flight and difficulty in regulation, it is possible that these will require further regulation. The 2018 CAR and UAS Rules, 2021 required drone operators to get special approval to drop/discharge substances. Such conditions are not specified in the current rules. It would be advisable to get special clarification from the DGCA on permitted payloads as there are additional safety implications associated with it.

Are there any other initiatives in place other than the liberalized Drone Rules 2021 to achieve the target of making India a drone hub by 2030?

In furtherance to the initiative of the liberalization of the regulations governing Drones, the Indian government approved the Production Linked Incentive scheme (PLI) for drones and drone components in India. The net fund assigned under the scheme is Rs. 120 crores over three financial years.

It is the responsibility of the component manufacturers to show that the components are exclusively used in manufacture of drones. The scheme is for three years from 2021-2022 . The amount will be disbursed in the subsequent financial year to which it is claimed . An applicant is eligible for three consecutive years but up to FY 2023-2024.[5]

What steps are being taken for traffic management and avoidance of collision between manned and unmanned aircraft?

On the 25th of October the Unmanned Aircraft System (UAS) Traffic Management (UTM) policy framework was published by the Ministry of Civil Aviation. To achieve UTM-ATM (Air Traffic Management) interoperability and integration, the policy suggests aligning with the framework of the International Civil Aviation Organisation for UTMs. It invites studies/ proposals on real -time tracking mechanisms as real -time identification and tracking (RIT) via Bluetooth or wifi is not practical owing to the low operational range. As per the policy, all unmanned aircrafts may implement RIT via network for successful separation from manned aircrafts. However, it does recognise that this facility will not be available in areas without telecommunication network.

The Future Lies in the Sky

The new drone rules have liberalised and simplified the regulations pertaining to drones. Instead of having all the regulations and certifications within these rules, powers have either been delegated or separate authorities and platforms have been established to deal with specific issues. The new rules also facilitate self-certification and self-monitoring as well as provide an easier process for transfer and deregistration. Further, they have done away with the approvals required for unique authorisation number, unique prototype identification number, certificate of conformance, certificate of maintenance, import clearance, acceptance of existing drones, operator permit, authorisation of R&D organisation, student remote pilot licence, remote pilot instructor authorisation, drone port authorisation etc. Forms have been reduced from 25 to 6.  There is no specific criteria or approvals for drone ports, instead, the current rules have proposed that a policy be developed with a framework for corridors for the delivery of goods.

All these accompanied with the considerable reduction in the fees with respect to the remote pilot license and other registrations/certifications (wherever applicable) will set new grounds and open up a plethora of opportunities for start-ups, SMEs and research organisations who want to venture into the field of aviation, avionics and related interests. As an effect, the future will soon see Amazon, Zomato deliveries through drones, site verification for insurance organisations, crime patrolling, disaster assessment etc. eventually, as Union Minister for Civil Aviation, Jyotiraditya Scindia told, make India a global drone hub by 2030.

The future lies in the sky and beyond, and it is going to get crowded than ever!

Photo by Dose Media on Unsplash

The new drone rules have liberalised and simplified the regulations pertaining to drones. Instead of having all the regulations and certifications within these rules, powers have either been delegated or separate authorities and platforms have been established to deal with specific issues 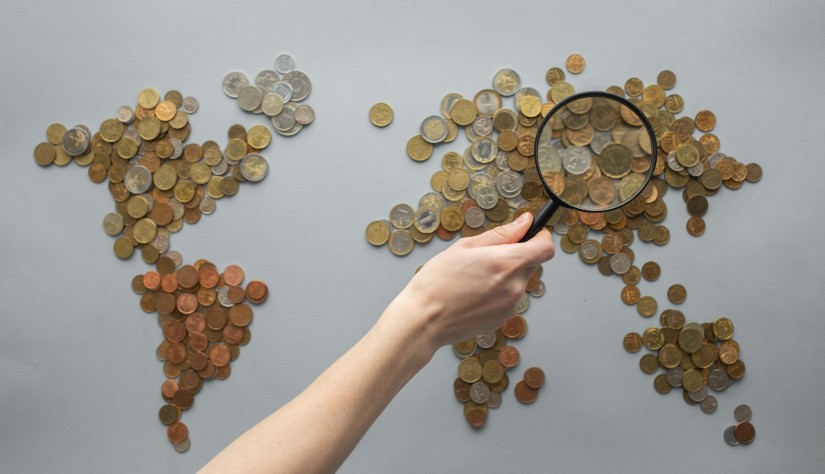