Home / Insights / Is KIIFB accountable to CAG: A legal viewpoint

Is KIIFB accountable to CAG: A legal viewpoint

The controversy stemming from the face-off between Kerala Infrastructure Investment Fund Board (KIIFB) and Comptroller & Auditor General of India (CAG) with respect to premature disclosure of the latter’s draft report allegedly questioning the constitutional validity of loans granted by the former has ruffled many political feathers.

Over two parts I attempt to decipher the legal position of CAG’s decision vis-à-vis provisions enshrined under extant applicable law and seek to address key queries emanating from a discussion on the subject.

A brief extract of relevant provisions of CAG (Duties, Powers, and Conditions of Service) Act, 1971:

Does CAG have any real power to audit KIIFB or similar SPVs under sec 20(2) of CAG Act?

In the present case, there seems to be no dispute on KIIFB’s part as to the carrying out of audit of all receipts and expenditure in accordance with section 14(1). However, the bone of contention seems to be the detailed audit, stipulated under section 20(2), insisted upon by CAG. From an interpretation of section 20(2), we can infer that prior governmental consent, here from the Governor of Kerala, is mandatory for conducting such an audit. However, in this case, we understand that despite repeated requests of CAG such consent has not been granted by the government.

Thereunder applied only to “the audit of the account of which has not been entrusted to him by law”. However, in the present case, since CAG is already empowered to conduct an audit in accordance with provisions of section 14(1) and has subsequently proceeded to prepare the draft report on the basis of the audit, it can be argued that section 20(2) will not apply.

Further, the chairperson of KIIFB is the chief minister of Kerala and governmental consent for an audit under section 20(2) is given by the Governor, however, as per the constitutional structure, de facto executive authority rests with the CM. Hence, there could be a potential ‘conflict of interest’ scenario in such approval being granted as well. Also, from a non-legal perspective, the refusal of the governmental consent could be in part owing to the fact that allowing such a detailed audit would possibly set a precedent for CAG to interfere in the workings of similar state undertakings.

To what extent does KIIFB enjoy autonomy insofar as its insistence on doing audits only under sec 14(1)?

KIIFB does not possess any particular authority to restrict a detailed audit under section 20(2) in case all conditions stipulated within the provision are met with. However, in the present case as stated above, since the governmental consent has not been obtained, till date, and further the application of section 20(2) itself is in question, CAG is left with no option but to proceed with conducting an audit of all receipts and expenditure as stipulated under section 14(1) as a consolation. 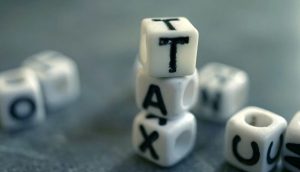