The concept of dynamic injunctions was recently introduced in the Indian Courts to prevent the hardships faced by domain name registrants in filing a suit every time a pirated website erupted infringing their rights. It involves extending the injunction already granted in a case of domain name infringement to newer infringing websites by simply approaching the joint registrar with appropriate evidentiary documents instead of the cumbersome court procedures. However, it seems along with the concept, court rulings determining the extent and obligations of the concept are also showing signs of dynamism with each passing case.

The Amul Case and the Blanket Ban:

The latest addition to the bulk of dynamic injunction now liberally doled out is the case – Gujarat Cooperative Milk Marketing Federation Ltd. & Anr vs. Amul Franchise.in & Ors CS(Comm) 350/2020 – concerning fraudulent registration of multiple websites with the term “AMUL” as prefix/suffix. In this case, the Delhi High Court directed the Registrar of Domains to suspend/block domain names containing the term “Amul”. The Court also restrained the Registrar from the further offering for sale such domain names so ordered to be blocked.

The concern cited by the Registrar in meeting the direction was the lack of any technology that would ensure that these websites containing ‘AMUL’ therein would not be made available for sale. However, the contention was rejected by the court with the suggestion that the Registrar could utilize the same filter it employs to ensure that websites under obscene and/or words denoting illegality are not available for sale.

This decision is in stark contrast with an earlier single judge bench order of the Bombay High Court dated June 12, 2020 – Hindustan Unilever Limited v. Endurance Domains Technology LLP, 2020 SCC OnLine Bom 809 – where although the court ruled in favour of the plaintiff to seek suspension of any infringing domain name by the domain registrars without any judicial intervention, it advocated against issuing dynamic injunctions without proper judicial scrutiny. The court stated that deciding what should or should not be suspended (or blocked) is a serious judicial function and it can be arrived at only by assessing and balancing rival merits.

The Court further opined that domain names are, typically, never ‘owned’. They are always registered for a fee and for a specified time, typically a one-year minimum, and the entire process of domain registration is automated, machine-driven, and requires no human intervention. Hence, the domain name registrar is equipped to only suspend the registration of certain domain names, when brought to notice and till the time the registration of the prior domain names lasts. However, with the present technology, it cannot indefinitely block access to such domain names, and such authority rests only with the Department of Telecommunications.

Moreover, the Court observed that anyone can use a VPN to bypass a proxy server or firewall and have access to such blocked websites by masking the originating country IP of the user, hence, such ‘access blocking’ only offers a hollow and faux sense of safety to the Registrant. Besides, holding the Registrar liable if he is unable to effectively block access would expose the Registrar to the constant threat of contempt proceedings.

Shortcomings of the Recent Order:

Therefore, a blanket ban which allows the owners of registered domain names to have any such infringing domain names suspended, blocked, or removed without repeated intervention from the court would suffer from the following shortcomings:

Firstly, it casts an extra and heavy burden on the registrar to oversee and assess the legitimacy of any chosen domain name and ensure that domain names identical and/or similar to an earlier registered domain name are not made available for sale. Since the registrar was also directed to ensure that infringing domains remain blocked permanently. It further exposes the registrar to contempt litigation because these blocked websites can be easily accessed through a VPN.

Secondly, it gives an absolute monopoly to the Registrant of a domain name, especially a generic/descriptive domain name that lacks prima facie distinctive character and which another trader might legitimately wish to use.

Lastly, the Internet being a global system, there is no settled rule as to where jurisdiction lies. Hence, owing to the liberal position of the Delhi High Court in granting dynamic injunction without adequate judicial scrutiny, Registrants are likely to approach the Delhi High Court to have any domain name put in the blocklist, including a non-distinctive domain name.

There is no doubt, the Delhi High Court is moving in the right direction in protecting the interest of the Registrant because registration becomes pointless if the Registrant has to approach the court to have an infringing domain name suspended, blocked, or removed from the internet.

However, the contrasting orders of the two High Courts and the technological drawback has painted the judiciary into a corner. While one decision favours the Registrant, the other is liberal to the functions and obligations of the Registrar.

A viable alternative for registrants in establishing a homogenous law to settle domain name disputes is to approach the INDRP which, owing to the mandatory requirements enumerated under Paragraph 4, provides for proper scrutiny before passing an award. But with the contrasting orders now in place, Registrants would be more inclined to approach the Delhi High Court to acquire a dynamic injunction against potential infringement and disregard the option of approaching the INDRP. Having said that, the issue with INDRP is that it is only applicable to disputes concerning the .in domain and excludes other top-level domains such as .com, .org, or country-code domain names. Moreover, the Respondent is required to submit to a mandatory Arbitration proceeding only if a Complainant files its complaint to the.IN Registry. It is only then an INDRP appointed Arbitrator can assume jurisdiction to arbitrate on domain name disputes and pass an appropriate award. Therefore, having a comprehensive and uniform policy is the only way forward for homogenous application of the law to balance the rights of all the interested parties.

This not only casts a heavy burden on the registrar with the impossible act of indefinitely blocking access of such domains names, pre-emptively but also promotes anti-competitive practices by restraining a bona fide trader from using a domain name, in case it a generic domain name over which no Registrant can have the exclusive right without establishing significant secondary meaning. 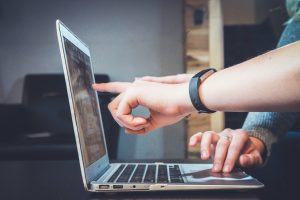 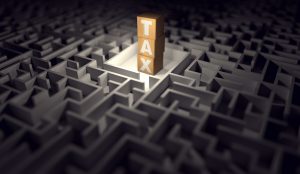